French Roulette online is a popular variation of a classical Roulette game, which became popular among gamblers right after the Great French Revolution. A litte wheel as it translated represents an online casino game with a great potential for winning real money. So, this is the game a novice Ghanaian gambler should consider to play at!

There are three variants of Roulette, of which French roulette is one of them. What distinguishes the French variant is a larger game table, so-called call bets and special rules for ZERO. The French edition has only one zero, compared to the American version that has two zeros. The lack of a zero causes the house’s advantage to fall from 5.32% to 2.67%. That’s a cut by almost 50%.
French roulette also has special rules that can further reduce the benefit of the house.

These are La Partage and A Prison. However, they must not be combined. “La Partage” gives a 50% refund if the if the ball lands at zero in case of a simple bet is made. “A Prison” means that the simple bet remains on the game table and can be won back in the next game round. Both of these specially written rules mean that the house’s benefit drops to 1.35%. This is a reduction of the house’s advantage by another 50%. However, it is necessary to make simple bet for the benefit of the house to be 1.35%.

Although French roulette gives a lower advantage than other roulette variants, it is important to remember that there is still an advantage. The house always gives between 1.35% – 2.7% of the stake. Just remember that you can not win using the house in the long run. So, a good gambling discipline is preferable.

“Call bet”-tactic allows players to place their bets with the help of croupier instead of placing them directly on the game table. It saves time while giving the player a better overview of the game table as soon as you can place new bets and respond to new scenarios.

How to play a French Roulette

The game wheel of a French Roulette is numbered from numbers 1 to 36. Before each spin, the croupier strikes the game ball counter-clockwise from the spin of the game wheel. When the ball has stopped, the croupier marks the number on the game table. The number must be visible clearly. That way, all players know what the winning number was. The bets allowed will be awarded to the winner after the end of the game.

The player can bet on an individual number, two vertical or horizontal numbers. It is also possible to bet on three numbers in sequence, for example 5, 6 and 7. This is called a “street”.

All of these are so-called “inside bets” and build, structurally, on geometric placements of the bet on the game table. It is obvious if you look at the game table from above. There are also so-called “outside bets”. They usually give lower winnings but have higher odds.

Outside bets include numbers 1-18, low, or 19-36, high. With outside bets, it is also possible to bet in different colors, red and black. If the game ball lands on any of these numbers and color combinations, then you have won. 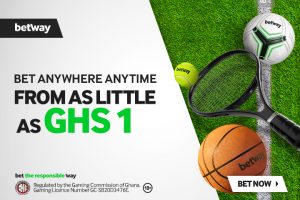